To reach the Cleveland Cemetery from Brisbane head south on the Riverside Expressway, continue along the Southeast freeway, take a slight left at Cornwall Street exit, then turn left onto Cornwall Street. Turn left onto Logan Road, then at 0.2 km continue onto Montague Street for 0.3km, turn right at Old Cleveland Road for 12.7km. Take a slight right to stay on Old Cleveland Road another 4.2km then turn into Finucane Road for another 4.8 km turning onto Shore Street West at the roundabout. Take the 3rd exit to Wellington Street then at the roundabout take the 3rd exit into Russell Street.

The first cemetery for this area was built in Lisa Street Cleveland, then known as Pumpkin Point. The land was very swampy and prevented diggers from digging proper graves. Stories were told that on some occasions the coffins had to be held down with poles while the graves were filled in. There were very few burials in Lisa Street Cemetery and today a children’s playground has been built over the remains.

In 1873 a second cemetery, the Cleveland Cemetery, was established to replace the first, and is still in use today. In 1927 a Lych gate was built by the Randall family and the cemetery was handed over to the Cleveland Shire Council in February of that year.

This large cemetery takes up an area from the frontage being on Russell Street. Clarke Street is the back area which takes in the very old section, then down to Coburg Street West, the side of the old section, and then down to Wellington Street where a lot of the new section has now filled. There is a section at the front that is the catholic section that I have not yet surveyed, and will do as time permits 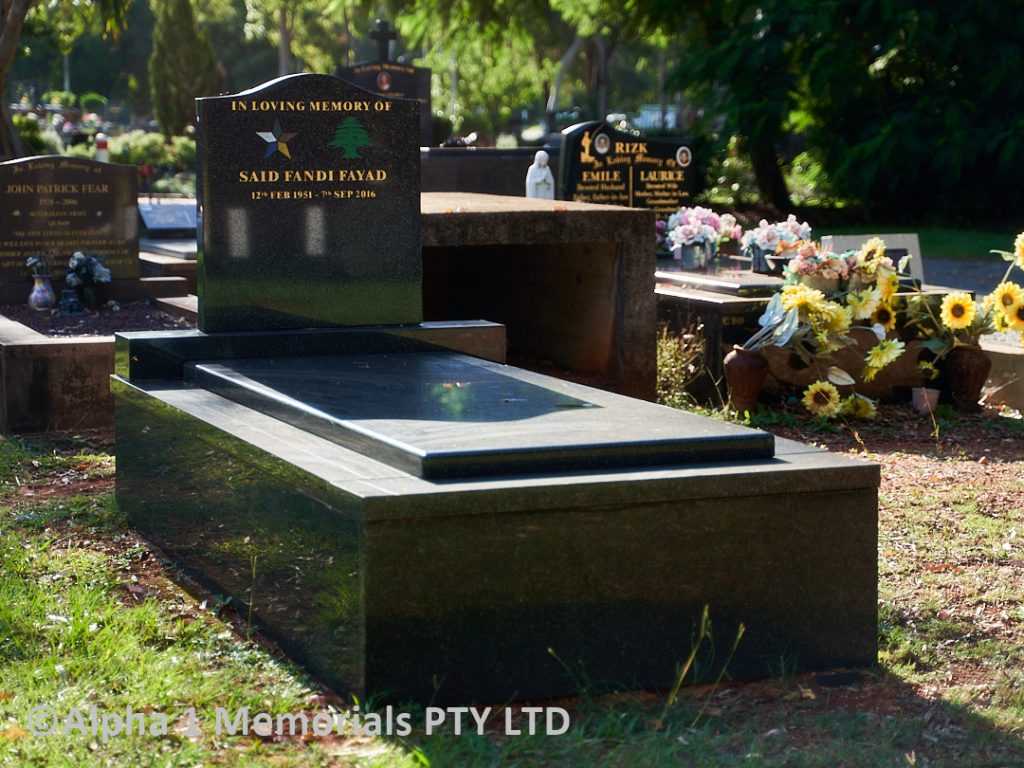 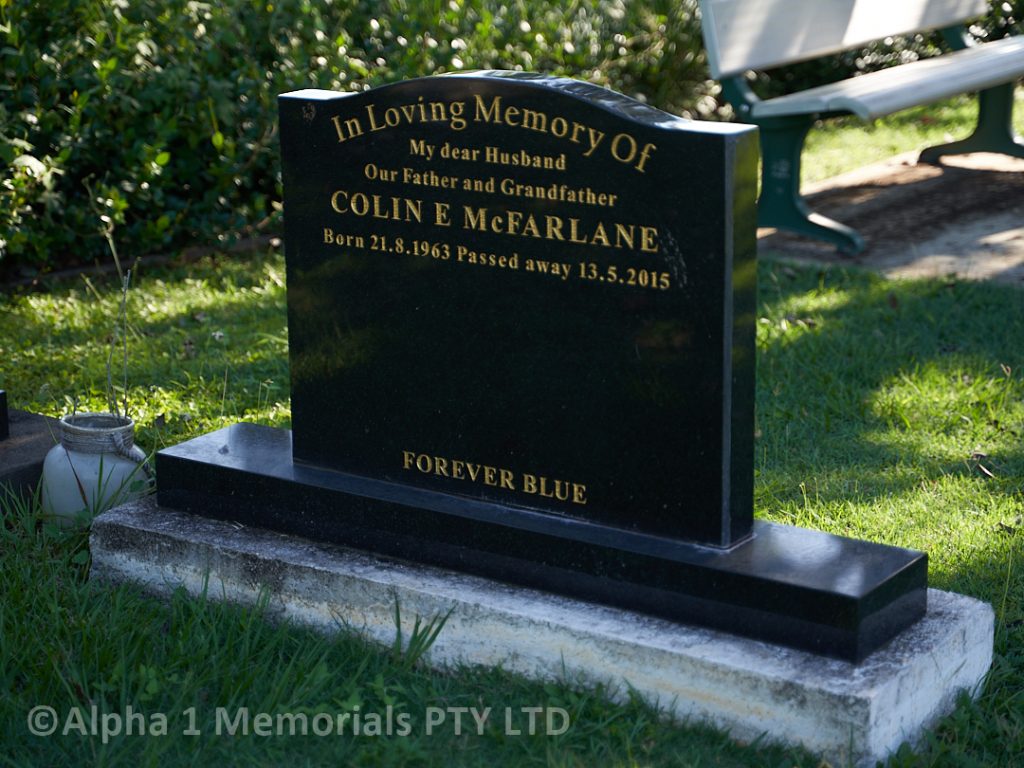 This is a Headstone and Base memorial, built with Indian Black Granite.

Welcome to our site

This is just a text widget where you can add any kind of relevant information / content.